Welics and feeding a cold

Well, Mommi is a little bettew, but now Daddi has the dweaded Floo(and he's a wowsew patient , just sayin', hehehehehehe)

So not much is happening awound hewe xept mini walkies

but take a look at this!  you have to concentwate and look cawefully, but I'm suwe you'll agwee it's my double (even down to the spot on the shouldew) 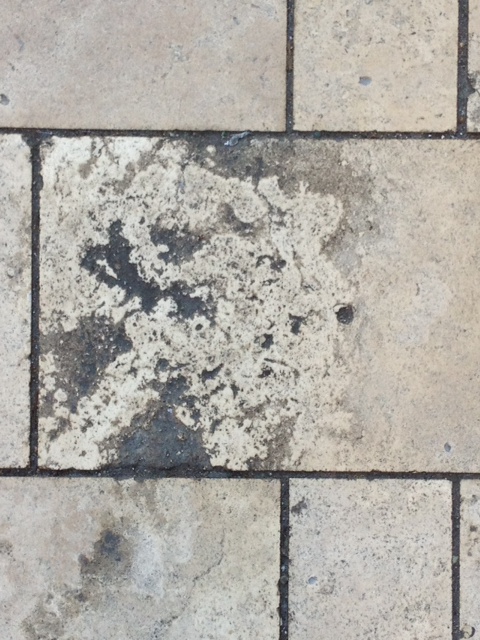 this is on the sidewalk neaw my house..looks to me to be an ancient welic of a wiwy foxy squawe kid

if we lived in Pompeii, i would undewstand having it thewe, but in Boo da Pest?

well aftew my walkie I had a big appetite, and they do say "feed a cold", so mommi made "rakott krumpli"  it's just cooked potatoes and hard boiled eggses that you layew wif souw cweam and some bacon and bacon dwippings and then bake

not exackly good fow cholestewol, but Oh so yummie and vewy inexpensive, hehehe Asta, that image is amazing!! Exactly like your beautiful self!

And you made my momma very hungry, with that potato dish....yummm+

Asta we can definitely see your double. How amazing!

It is just as well our pawtop doesn't has smellavision otherwise we would have eaten it because that potato dish looks soooooooooooo yummy.

Asta....tell dem dey is not supposed to FEED a cold...dey needs to STARVE it so it goes away!

Alasandra, The Cats and Dogs said...

rakott krumpli sounds yummy. Mommy may try to make it.

Hope your Daddy feels better soon healing purrs for him and your Mommie.

Love the look alike picture of you in the sidewalk. It is very cool.

Oooooh, it's likes a fossil of a long once lived square dog. Maybe your breed is more ancient than you thoughts...hehehehe.

Heck, who cares bouts cholesterol when dat looks so yummy and deeeeelish...oh me, I seems to be droolin' from my mouf nows. Sorry Mr. Keyboard.

I guess I am not as creative a looker as you are. I'm having a bit of trouble seeing you in that sidewalk picture. I hope your dad felt better after that meal. It looks delish.

Oh my dog! That is weewd!! It does look like you!! Wow!! Sending love and prayers to your family for healing!

OMG, it's your sidewalk twin, Asta! The potato dish sure does look yummy!
We hope your mommi and daddi feel better soon.

Well that just proves you are meant to be this Miss Asta - you have your image in the sidewalk - we spotted the nose and ears straight away!!! We can't wait for spring - we are just wanting to see all the wonderful things you are going to find

We would like to eat that potato dish, but mum says that would take 87 hours on the treadmill to get rid of!! BOL! That's why we had pancakes for breakfast!!!! BOL! Like she's gonna lose weight eatin' them! They were yummers by the way.

OH ASTA that RELIC is fur SURE Y O U.

That is really spooky and wonderful both.

Well, pawsonally I think you are a lot more bootiful than some welic.

Oh my goodness! That definitely looks like you! We saw your image in some mashed potato recently. I took a photo of it. We'll blog about it soon. You sure are a special doggy, popping up as an image everywhere. Normally it's only Jesus and his mum that do that.

I better put my glasses on because I can't tell who the REAL Asta is!

Oh my, oh my bacon drippings, potatoes, eggs, sour cream ...my mouth is watering and my tummy is grumbling! Hope your daddy feels better soon!

I am so hungry from looking at that food!
I think its a piece of art on that side walk! Definatly.
love
tweedles

That image is SO cool! It's like they knew you were coming.

My mom person is going to look up the recipe for that food, it looks delicious!

Nubbin wiggles & love to you all,
Oskar & Pam

I think the image is a sign that you and your family have found exactly the place you are supposed to be! A meesage so to speak.

Momma's grandma made that dish. You brought back happy memories for her.

Hi Asta. Nice to meet you too. Hope my posing didn't shock you too much. Hehe! Deccy x

Asta, I think that relic is a sign that your are meant to be in Budapest.
We are sure that any cold will be feeling much much better after being fed that delicious rakott krumpli. Yum!
Toodle pip!
Bertie.

Our #1 is suffering from something similar and has been feeling quite sorry for herself all week. Paws crossed that everyone is all better soon!

Hope your pawrents are all better soon!

You had me at cream. But then you went and threw bacon into the mix.
Oh my. Oh my.
; ) Katie

STELLA and RORY from Down Under said...

Dear Asta, we hope your mum and dad are soon over the horrible flu. The image of you on the footpath is amazing.

We wish we were with you to share your meal. Mmmmm, it made mum start to dribble (but she is getting old hehehe). Hope your weekend is fine. No worries, and love, Stella and Rory

That does look like a WFT in the sidewalk!
Now, lets talk about your yummy dinner...could you send me some of that in the mail?

Oh Asta...those Ricotta Krumpets looked um well interesting...why would you put sour cream with scrambled eggies??? I really hope the sour cows in Booda Pest never go on strike, I'm just saying. Oh, I do have a new job of Bovine Union Wepwesentative...so if you have any cows linin' up at your door, I'll be over soon. They can join the swine herd in your bathroom....BACON....

As for that image in the sidewalk...are HUN GARRY IN dogs curbtrained? You may need an umbrella....

Be there at 0600....sorry about the time change but my Broom computer in on the fritz and only allows EST for travel.

Can I borrow your coat when I get there??? No, I SO DIDN'T STRETCH IT, YOU B...er, perhaps I shall make a smoothie...fetch me some of that Dan yube water please for freezing....